The multi talented musician is the central figure in the new breed of club music, fusing electronic and world influences alongside the likes of Four Tet, Daphni (Caribou), and Romare. As a DJ and live performer, Auntie Flo has toured extensively around the globe, performing in Asia, Australia/New Zealand, US/Canada, Africa, Latin America and frequently in Europe and the UK.

Auntie Flo has been described as offering a gateway to musical gems and strands of music that are lesser known and in need of exploration, and we had the great pleasure of catching up with him here in his Ten87 studio.
We talked all things ‘Swell’, his new platform focusing on sound therapy, his vast collection of world instruments and the producer’s interesting techniques within his recording process.

Congratulations on the launch of your new organisation ‘Swell’! could you give a brief description of what Swell is? And about the positive links between music and wellness?

Thanks! Firstly, I shudder at the term ‘Wellness’ – it sounds so banal and fluffy. I guess what we are trying to do is reframe the conversation about what music and sound can be: the fact it isn’t merely ‘entertainment’ and that by framing it as such, really detracts away from the positive benefits we all get from listening to music and being immersed in sound. There is a great opportunity here: we are all expert listeners, and have been musically active as listeners since before we were born in our mothers’ womb. As a result, our ears are finely tuned to be able to listen to a wide variety of complex sounds at the same time, which in turn trigger a whole range of responses in our brain and nervous system, as well as our body. This then leads to a really fascinating field of study that is at the core of what we are doing with Swell – the way music and sound can unlock different states of consciousness and help one dive deeper into themselves and be more mindful of the world around them.

Did your interest in sound therapy spark from being a music producer?

I studied psychology and sound design at university and really focussed on how music affects our brain and body. As a DJ and producer, I get to continually see first-hand the effects that music has on an audience and the thing I love most about DJing is the challenge to get a room of strangers into a heightened state by playing songs in a certain order.

Training in Sound Therapy was the next logical step in my mission to understand how sound works from a behavioural and neurological level. I see Sound Therapy as a kind of inverse DJ set – instead of driving a euphoric state via the release of dopamine, endorphins and adrenaline, a sound therapy session entrains the listener to a deep state of relaxation, reducing heart rate and cortisol, the stress hormone. This then drives a lower brain wave state from beta to alpha/theta, which are commonly regarded as a place where we can be more creative and find better mental clarity. 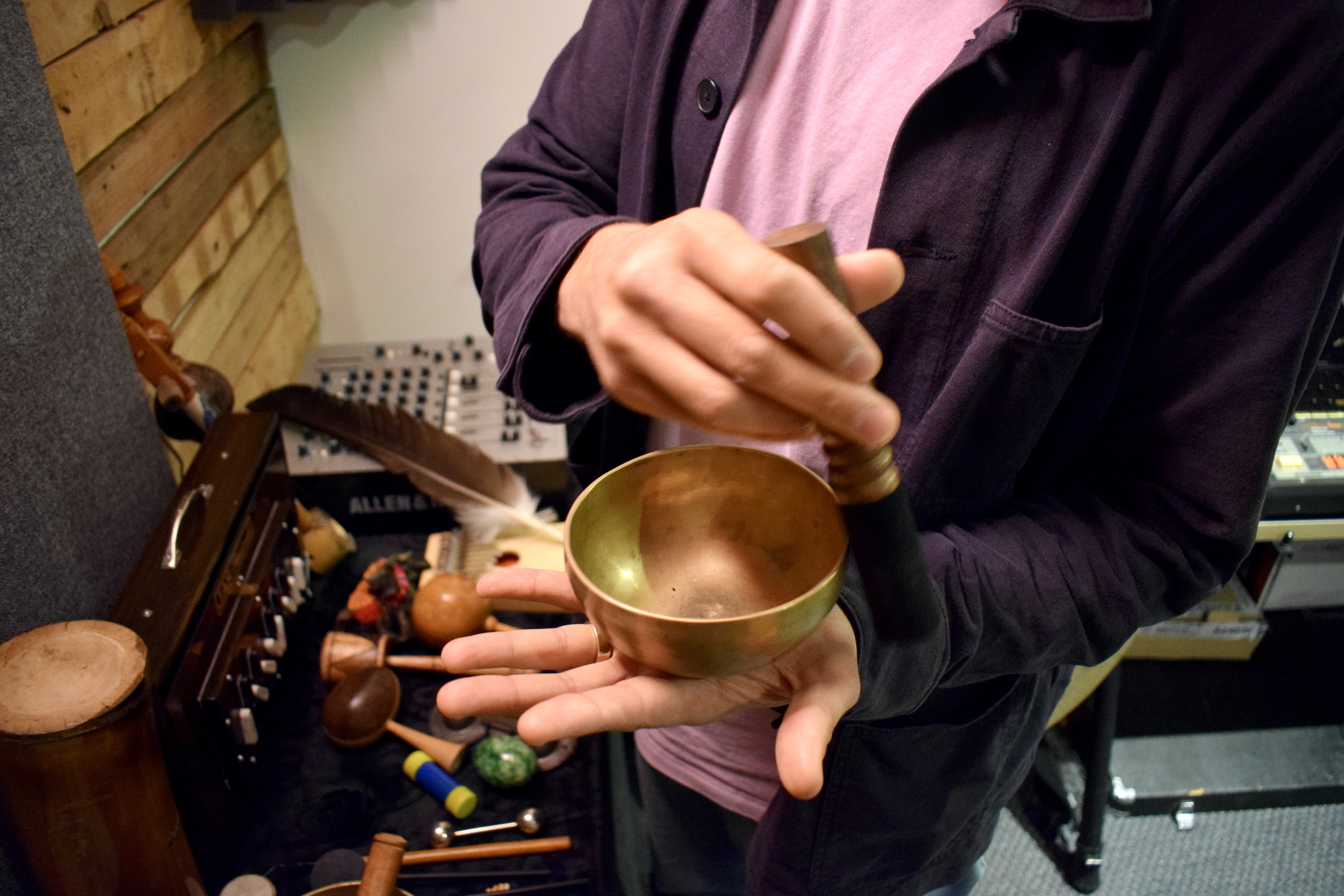 Could you tell us a bit about your collection of acoustic world instruments and the stories behind them?

I’ve always collected a lot of acoustic instruments, especially on my travels as a DJ. They all tell a story that is personal to me, but give me the chance to sample them and build a unique bank of sounds that is different to anyone else. This in turn gives me a better chance of making songs that sound unique. Over lockdown, I wasn’t able to travel so went on an eBay mission to buy lots of instruments – I picked up a Shruti Box from India, which has formed a crucial part of the new release I have with Sarathy Korwar. I bought a Soviet Era accordion to use as part of my Beacon. Black radio album that I was commissioned to by The National Trust, based on Orford Ness aka ‘The Island of Secrets’ in Suffolk, which was central to spying on the Soviets during the Cold War. I also acquired as many ‘sound healing’ instruments as I could, from condor feathers to a huge Sun Gong, which were all used as part of my Sound Therapy course. 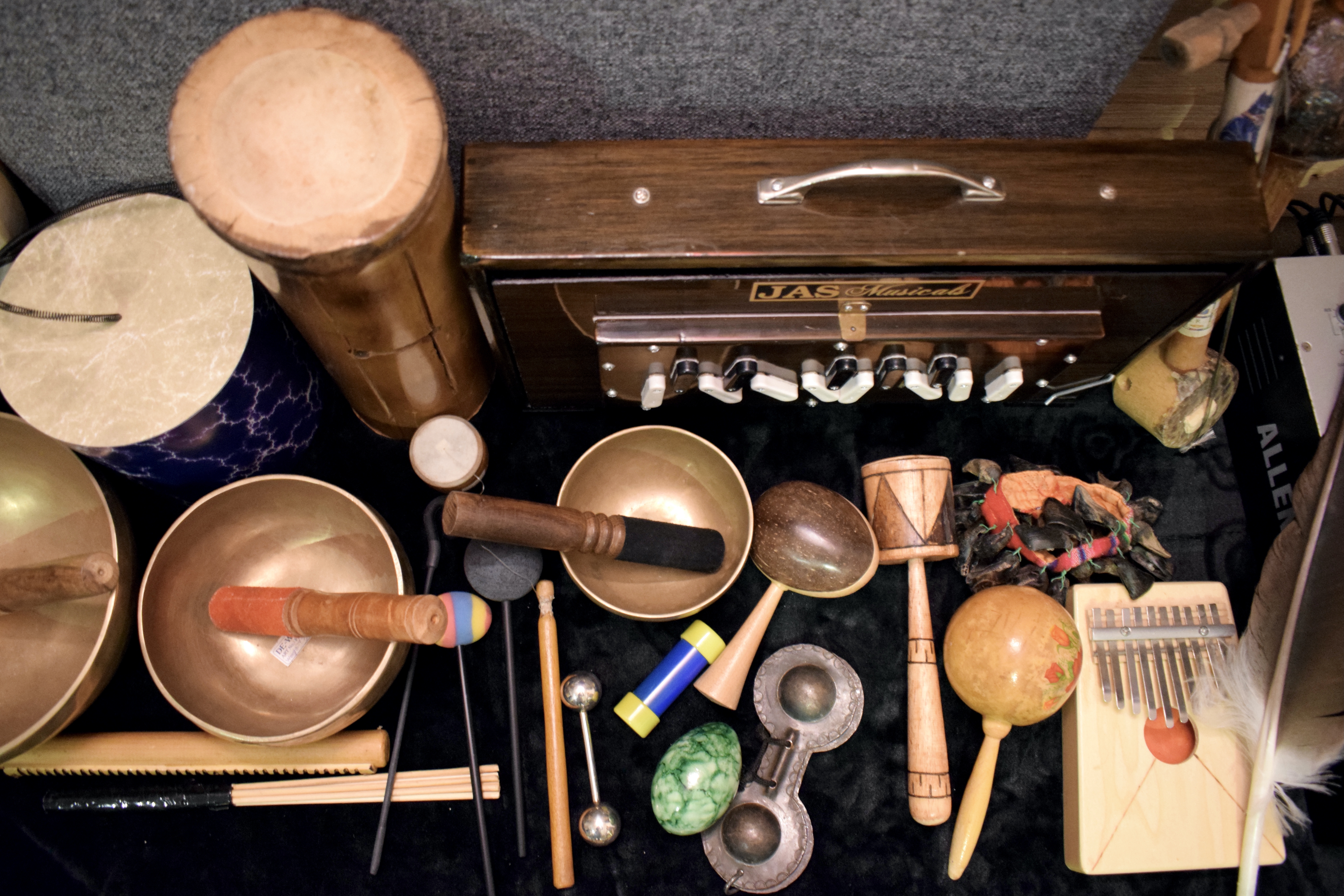 How else do you create original sound? Do you use outside field recordings in your music?

I’ve always used a lot of field recordings, but during lockdown I decided to train properly and did a 5-day course with the BBC’s world renowned sound recordist Chris Watson. I learned about lots of different mic techniques and ended up spending a lot on a bunch of high-end equipment, from shotgun mics to contact mics. This has helped take my field recording practice to another level – there is this whole sonic world out there that we don’t realise is there, masked underneath all the noise! 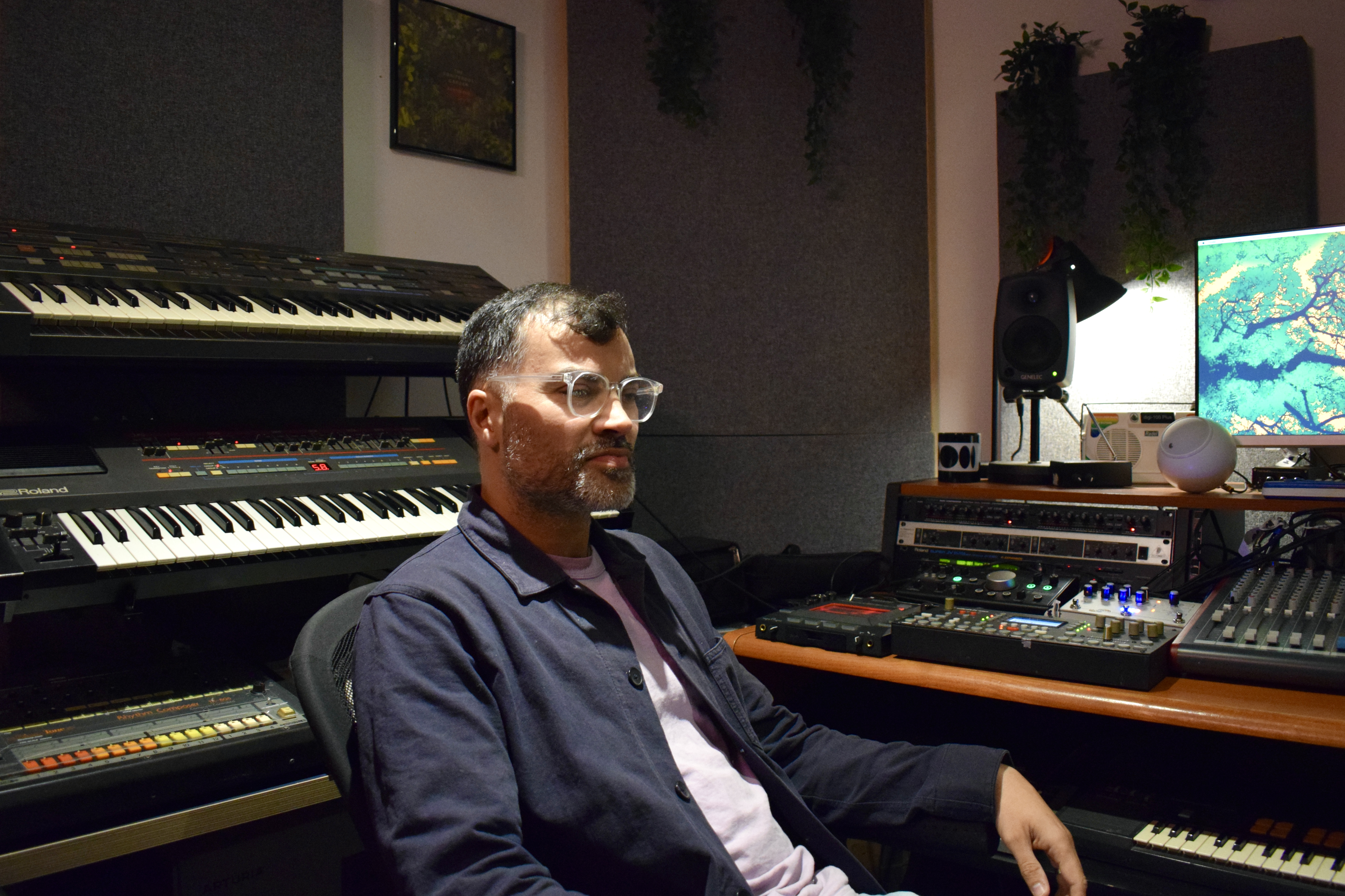 Can you tell us about the layout of your studio here at Ten87?

It’s pretty packed with a range of gear! I really like old Casios, and I must have around 10 of them. My favourite is the CZ5000, which is just so simple and pure. The crown jewel is my Yamaha CS-60, which was a bit of a spur of the moment eBay buy but once that I don’t regret – it is an incredible synth. I’ve also got a range of original Roland drum machines – 808, 727, 606 etc – still the best! I run everything through a bunch of effects buses to bring more character, so I’ve got a Roland Space Echo 201, which is a classic, as well as my new favourite the Hologram Microcosm. I try to do as much stuff out of the box as possible, and then record into Logic. 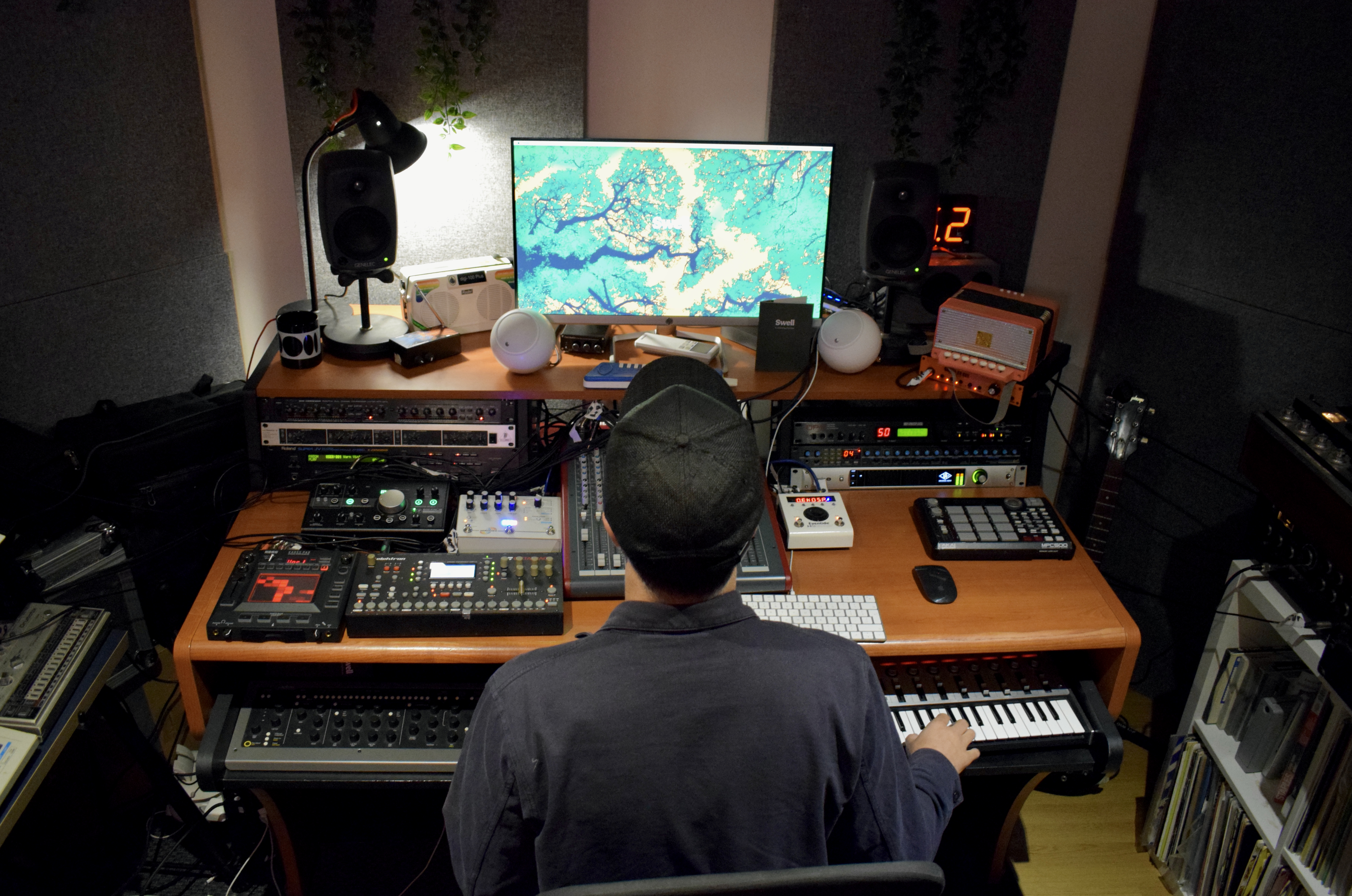 Big thanks again to Auntie Flo for chatting with us, and giving us an insight into his process. If you’re not already familiar with his work and music, go check out his Website and socials on Instagram, Twitter and Facebook and give Swell a download. We really look forward to seeing the new journey of ‘Swell’ and catching up again soon!